Will universal safety standards cause more problems than they solve? Implementing rules across cultures and languages will have benefits, but also potential issues.

GHS, the Globally Harmonized System of labeling hazardous chemicals is one example of standardized visual warnings being adopted worldwide. The United Nations began planning the program in 1992, and hoped to have it engaged by 2008. Many countries have yet to embrace it.

Proponents of GHS and other systems say that all countries should respect international rules and labeling, because safety is safety. Critics suggest that poor countries can’t afford to implement such rules.

Also, a debate continues on who should set the standards of any program, and how they should be implemented.

(:04)
Dan Clark:  Hello there! This is The Safety Brief. I’m Dan Clark. This is where we talk about health and safety hazards in today’s demanding industrial and construction worksites. 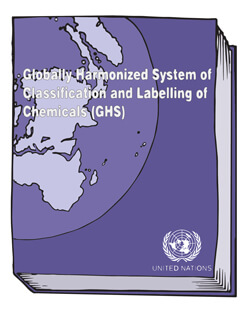 (:15)
GHS labeling for hazardous chemicals. A worldwide standard, good or bad? Well, there is a certain need for GHS, the Globally Harmonized System of labeling. Of course, when countries use different labeling systems information can be misunderstood, that leads to shipments being delayed, returned, destroyed. But standardized symbols and information on labels can help clear up potential miscommunication. But the debate rages.

(:42)
Here’s an example of some things discussed on the LinkedIn group EHSQ Elite. The arguments in favor of safety standards being universal include:

1. Safety is safety. Every nation, including the poor ones, should be able to use the same standards as wealthy nations.

2. Many practices in safety, such as hazard mitigation, contractor management and accident or injury reporting, can be done across cultures. Universal standards help provide a base of level consistency. But even the “yes” people say that local methodologies for carrying out standards may vary.

(1:18)
And the arguments against the safety standards being universal:

1. Poor countries will not have the same resources to adopt new standards.

3. Broad standards can take a long time to implement.

(1:34)
Well, shifting gears out of “yes” and “no,” the question still remains “Who decides these standards?” For example, in Canada, all facilities must have on-site toilets. But in other countries this may not be a cultural big deal. So, should this become a universal standard? It could lead to an imperialistic situation, one country imposing their standards on another.

(1:55 )
And then, how are the standards carried out? Standards may be interpreted differently in different places. As a result, products may differ in quality from place to place. And then standards could actually lead to a false sense of security about goods entering the market.

(2:10)
Well, the concept of universal standards raises many challenging questions. One worth keeping in mind: “Are standards more about improving safety worldwide, or improving smooth international trade?”

(2:22)
That’s a wrap on this episode. Come back for more tips and techniques on how to stay safety compliant in today’s ever-changing landscape of safety requirements. This is Dan Clark of The Safety Brief, sponsored by Creative Safety Supply. They have a website, creativesafetysupply.com