Not wearing a hard hat can kill. A tape measure fell 50 stories. A man, whose hard hat was in his truck, died.

This avoidable death happened Monday, November 3rd in New Jersey. We give the painful details, and urge workers to wear their PPE in this podcast. 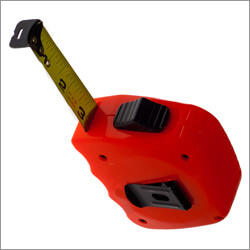 Hello there, I’m Dan Clark with a special edition of The Safety Brief.

This sad story happened Monday, November 3rd, in Jersey City at a construction site. Gary Anderson of Somerdale, NJ, was delivering drywall to the site. This 58 year old man was not wearing his hard hat, even though he had one in his delivery truck.

(:28)
The police report said the one pound tape measure slipped off a worker’s belt way up on the 50th floor, bounced off of equipment about 15 feet above Anderson, then struck him in the head. Anderson had been leaning inside of a vehicle to talk with someone, and when he backed out, the tape measure made contact.

Anderson was taken to a local hospital, and pronounced dead an hour later.

The lesson learned here: wear your PPE at all times. We don’t know if the victim would have survived had he worn his hard hat, but the odds are very good that he would.

(1:02)
OSHA will investigate. Did the site have proper debris netting to protect people from falling objects? Did the contractor have barricades around unprotected drop areas? Were hard-hat area warning signs correctly posted?

One thing’s for sure. In Jersey City, site supers, workers, and delivery crews will all be wearing their hard hats until memory of this fades. Don’t let it fade.

It won’t fade from the memory of Gary Anderson’s widow and daughters. Wear your PPE.