CONFINED SPACES IN CONSTRUCTION gets a 2 month deferral. OSHA won’t issue citations for violations of its new rule until Oct. 2nd, if there’s good faith.

OSHA, in May, announced the new standard. Employers requested a reprieve from full implementation to allow preparation time. The government agency agreed, but with the requirement that employers show a good-faith effort to comply during the 60 day period. 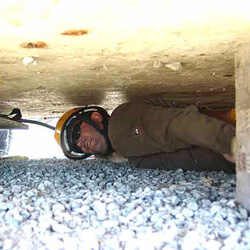 (:04)
Dan Clark: No smack down. At least for now. OSHA says they’ll delay full enforcement for CONFINED SPACES IN CONSTRUCTION. More in a moment.

Hey, do me a favor. Make an order at creativesafetysupply.com and when you do, use coupon code BIG10. It saves you 10%, and lets them know I sent you.

(:34)
OSHA will give warnings, not citations, during the first 60 days of their new CONFINED SPACES IN CONSTRUCTION standard that starts August 3rd. That’s as as long as employers are making good-faith efforts to comply with the new standard.

Our OSHA friends just announced they’re postponing full enforcement to October 2nd, 2015 because companies have asked for extra time to train and collect the equipment necessary to comply.

(1:02)
BUT, if an employer doesn’t train workers consistent with either the new standard—or the previous standard—they will be cited. OSHA will judge if employers are making good-faith efforts to comply if their inspectors see:

1. Training scheduled for employees, as required by the new standard.

2. They’ve ordered equipment necessary to comply with the new standard.

3. Companies use alternate methods to educate and protect employees from confined space hazards.

21 years later, in May of this year, they revealed the new standard that starts August 3rd. The new rule gives construction workers the same type of protections as those who work in manufacturing and general industry. 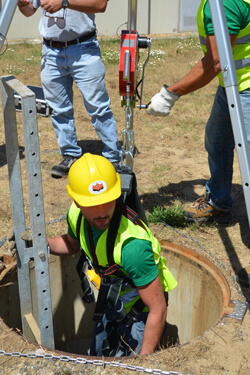 WHAT ARE CONFINED SPACES? Any space that:

○ Has few ways to exit or enter.

○ Is large enough for a worker to get inside.

○ Is not designed to be regularly or continuously occupied.

WHAT IS IN THE NEW STANDARD? Confined spaces in construction requires employers to establish five things:

1. What kinds of spaces their workers are in.

2. What hazards could be there.

3. How those hazards should be made safe.

4. What training workers should receive.

5. How to rescue those workers if anything goes wrong.

(2:34)
WHY A NEW STANDARD? OSHA used to only require training for confined spaces in construction. Injury and death did not taper off. It was obvious they needed a new standard. It just took them an eternity to enact it.

So, that’s the snapshot. To recap, the confined spaces in construction soft launch is August 3rd, 2015. OSHA puts the full enforcement hammer down October 2nd.

(3:01)
That’s all for this episode, Confined Spaces In Construction 60 Day Delay. Come back for more ways to stay safety compliant in today’s ever-changing landscape of safety requirements. I’m Dan Clark of The Safety Brief, a service of Creative Safety Supply. Save 10% off your entire order at creativesafetysupply.com with coupon code BIG10.